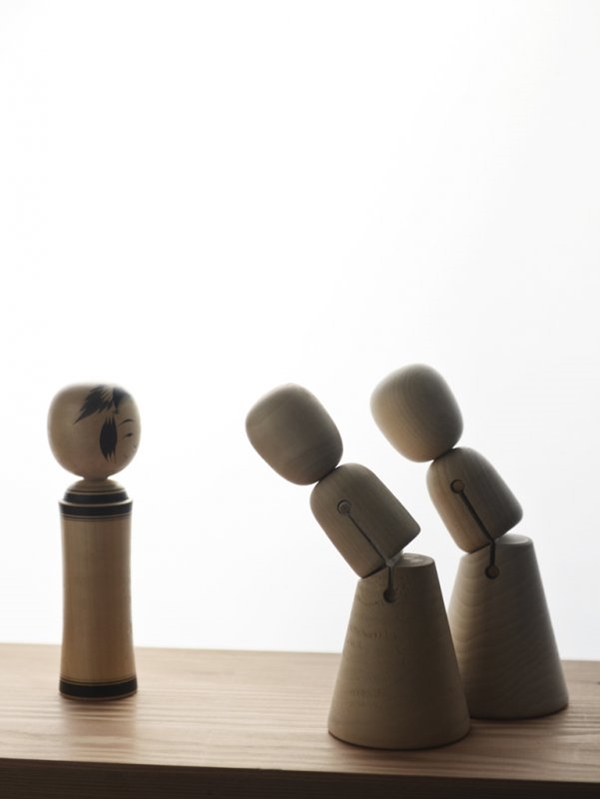 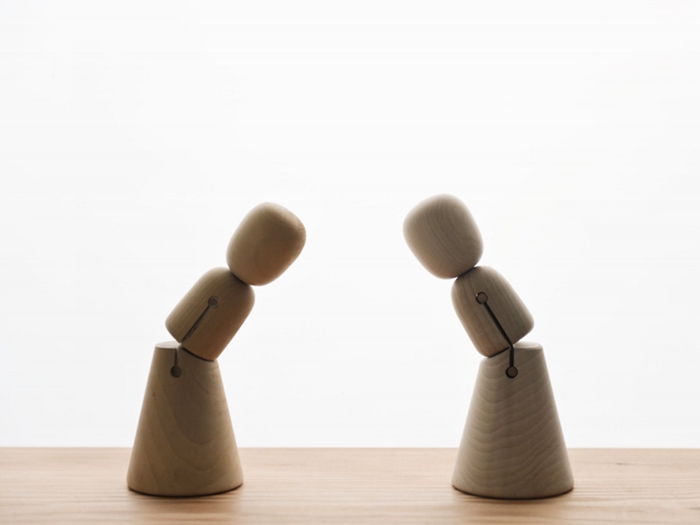 Kokeshi is the name for a traditional Japanese doll usually representing a woman or girl. They are made from wood, they are typical of the Tohoku region of North Eastern Japan.

After Fukushima nuclear disaster, architect Kengo Kuma initiated the East Japan Project in support of local artisans and it aims to revive traditional crafts in that region. The Japanese architect proposed to Ronan and Erwan Boroullec to collaborate with them creating an object with the savoir-faire of craftsmen from the East of Japan.

The result is a contemporary version of the traditional Kokeshi doll. The French designers duo have designed a wooden sculpture, with a simple, basic form.

The Bouroullec’s Kokeshi doll takes on more realistic human proportions than a traditional one. Furthermore, its torso is separated in two connected by a hinge which allows them to bend ‘at the hip’ in a bowing motion. 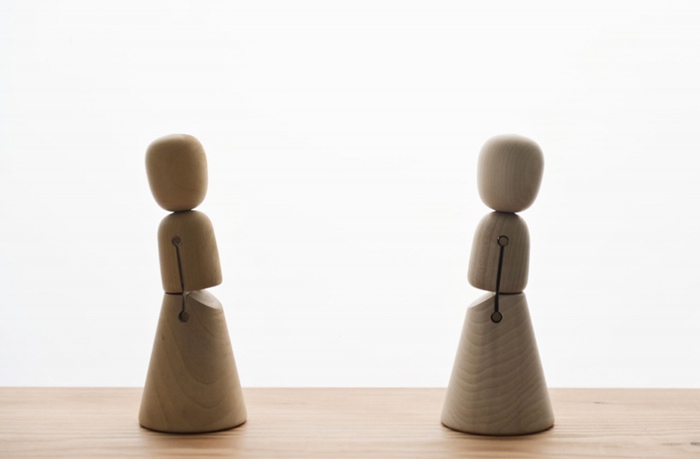 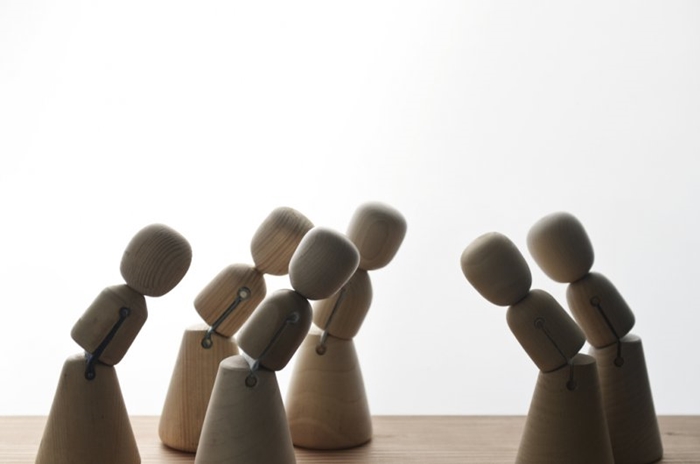 Their design brings movement to what is normally a static object. The wood comes alive and mimics the movement of a friendly Japanese greeting.

Make your Own Toy, Building or Sculpture with Kengo Kuma’s Building Blocks 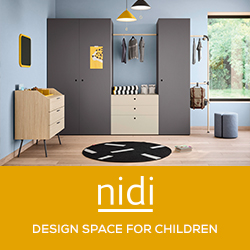