Sky Villages: Building in the Clouds 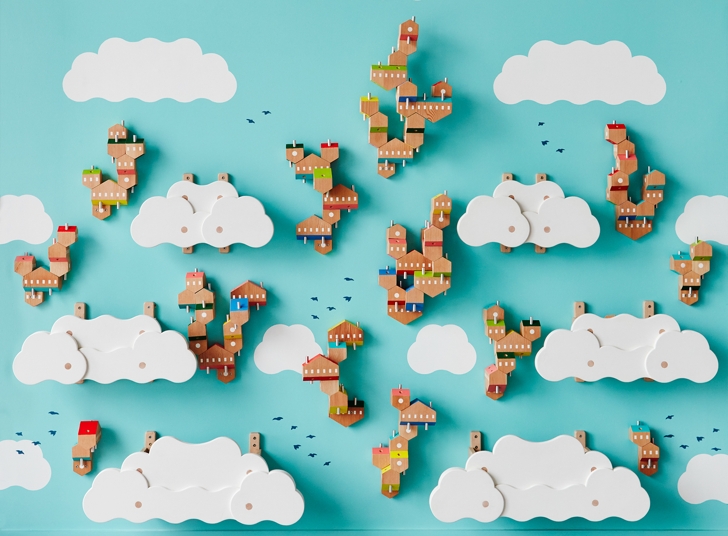 Building blocks inspire a child to design, invent, and create. Young children can create their own cityscape (or the world they want to see) using simple wooden pieces. And that is great! But, if you and your kids could build clusters of airborne villages on the wall?

As part of a unique and interactive installation at the SPARK Brooklyn Children’s Museum, James Paulius, the designer of the architectural building blocks Blockitecture Habitat and Garden City, proposes a new project on the same idea of allowing children to build architectural structures from blocks. 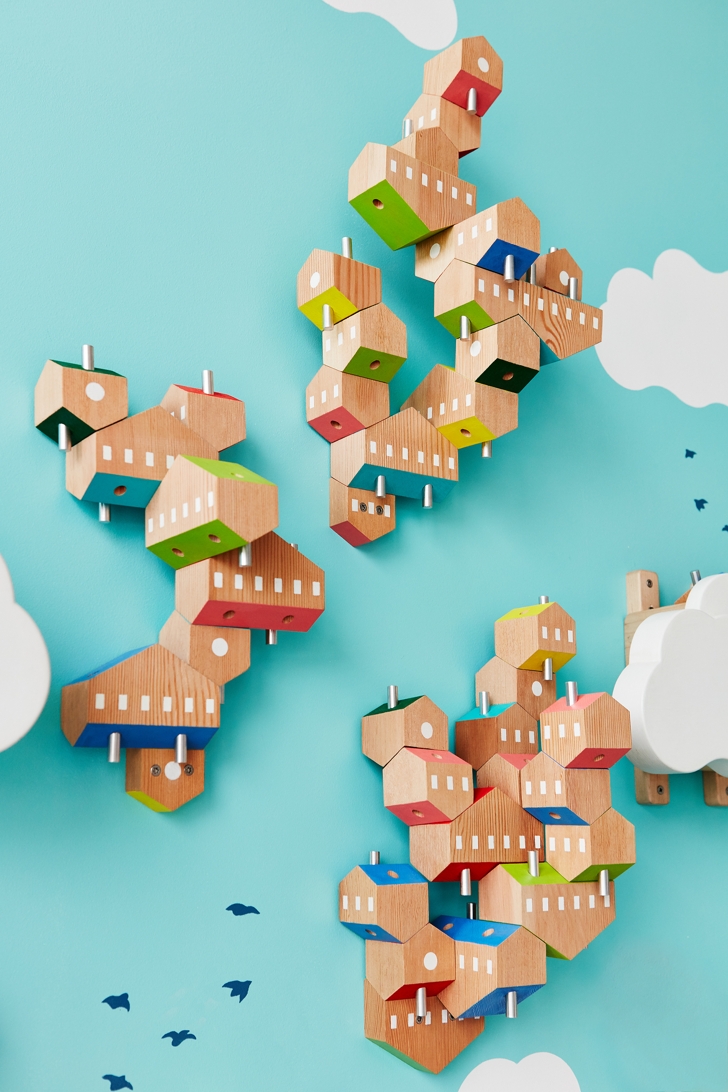 The villages are made of the tessellating pieces that interlock and combine in countless ways to create various structures, and clouds serve as mini storage units for the units. Made from reclaimed Douglas-fir that was originally part of Manhattan water towers, the blocks can be stacked so that the villages can continue to grow. 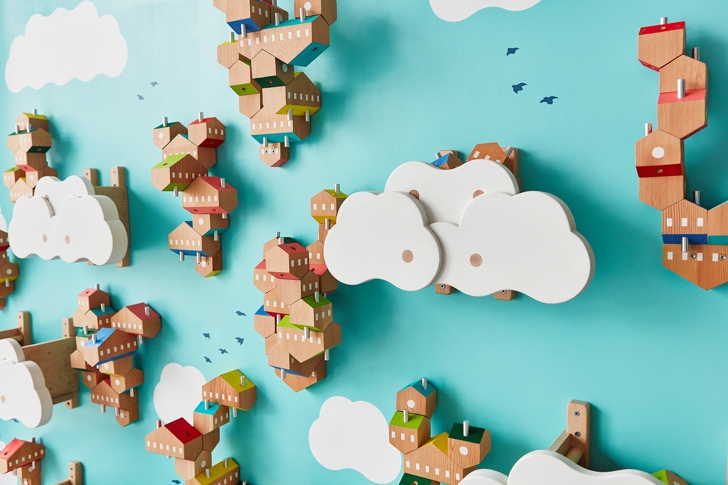 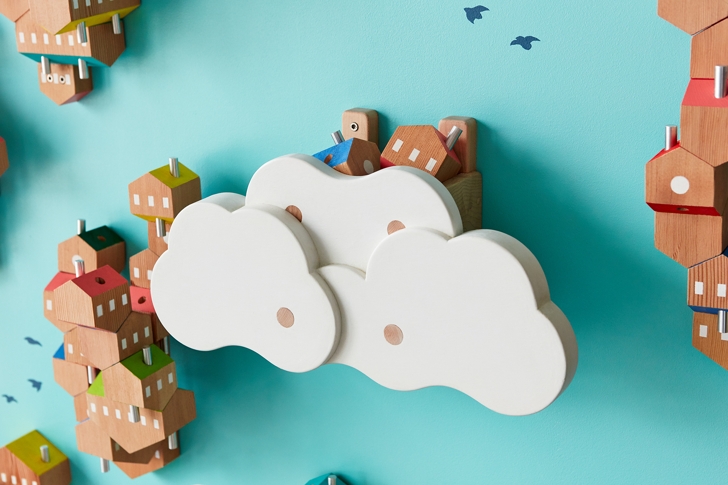 Sky Villages presents the possibility to dwell in the sky in a modular architecture that can be added or removed as populations increase or decrease. Dwelling units are prefabricated with the intent of reuse rather than discardment. When a unit no longer fits the particular needs of its location, it can be moved elsewhere for a new family to reside in. Constantly evolving, these structures accommodate the ever-changing tendencies of humanity and nature. 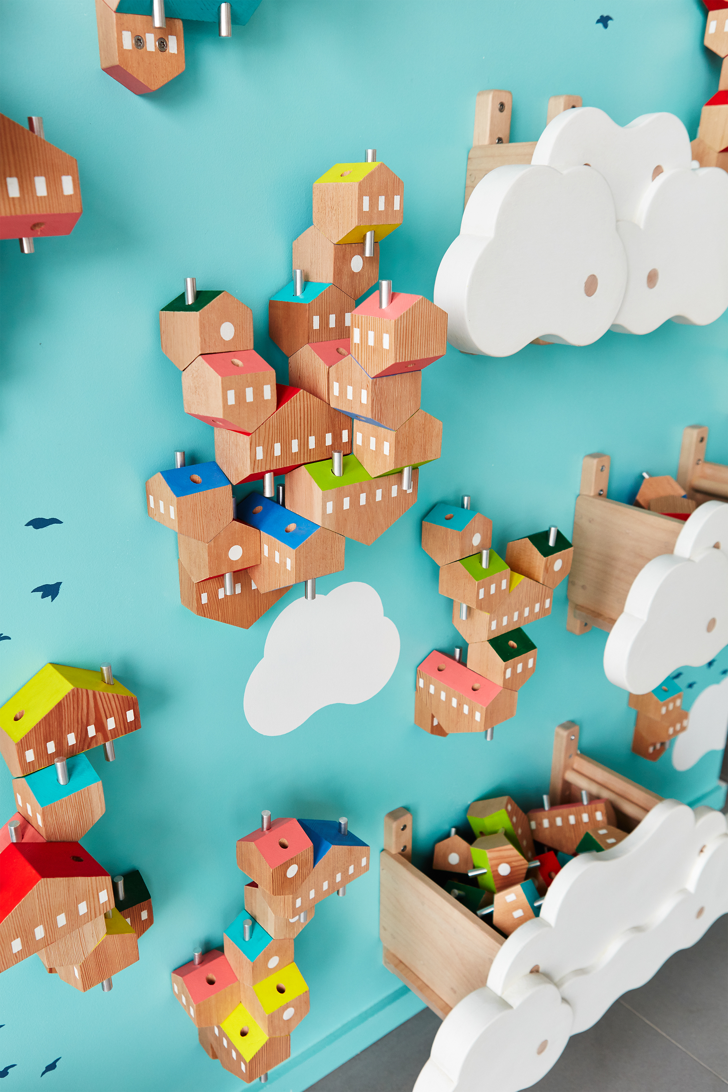 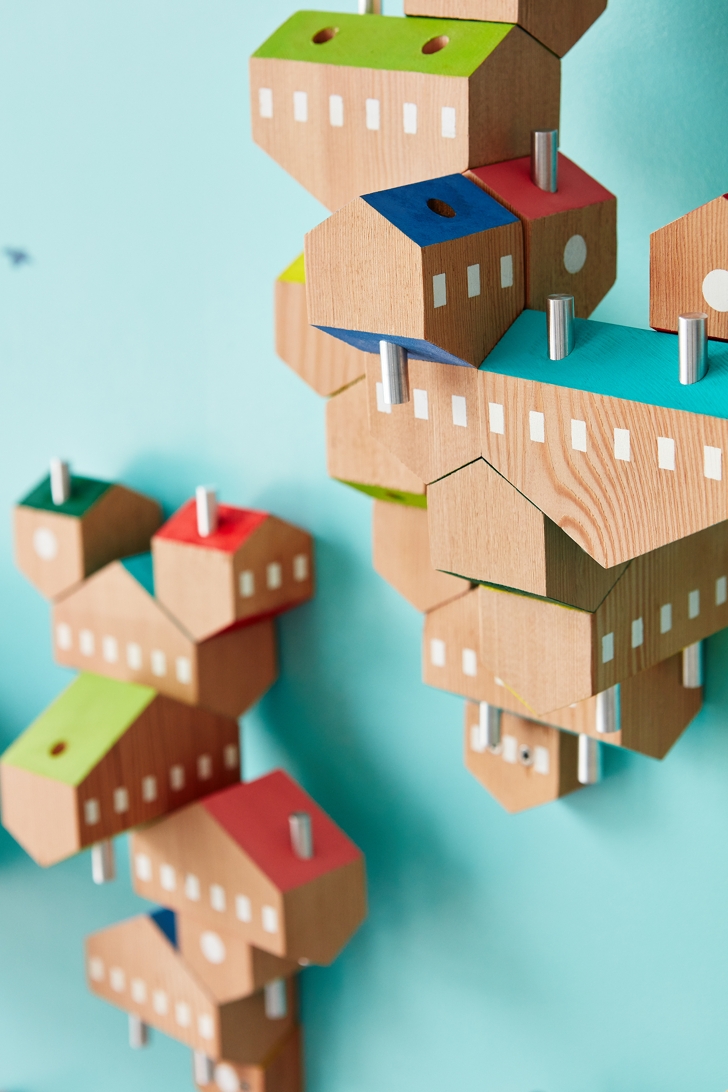 By engaging the child’s imagination, this installation teaches concepts about architecture and population and reinforces the application of creativity, problem-solving, and three-dimensional thinking. 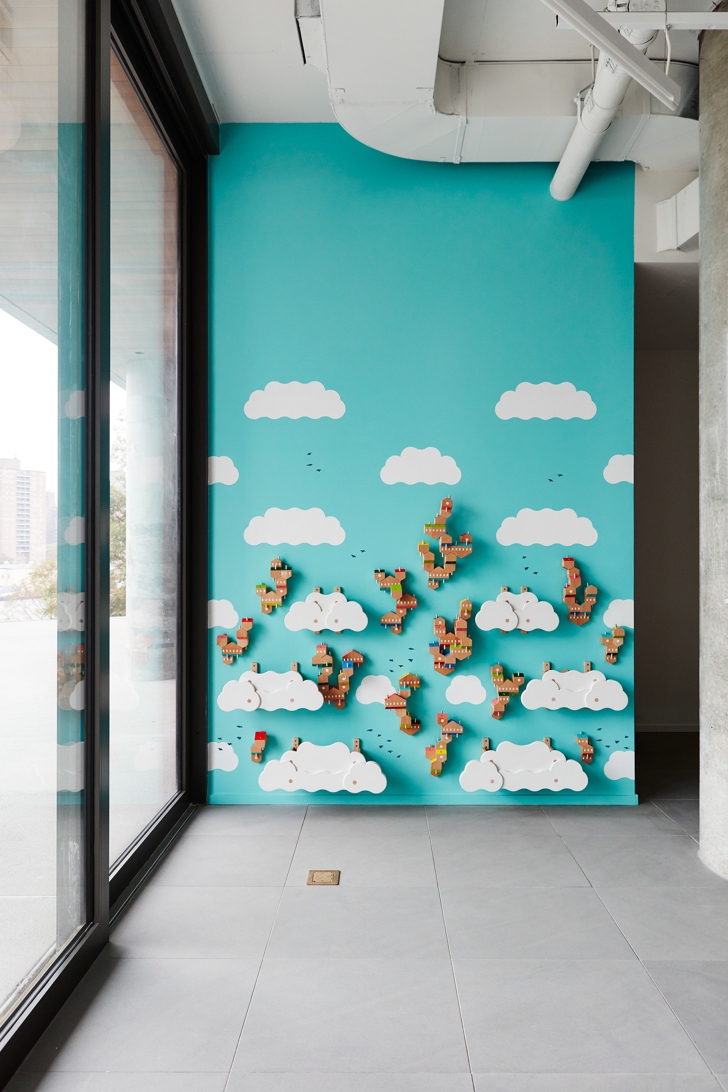 The Sticker Club, weekly stickers to make your child smile!